[Traduzione] Belinelli per i Clippers? 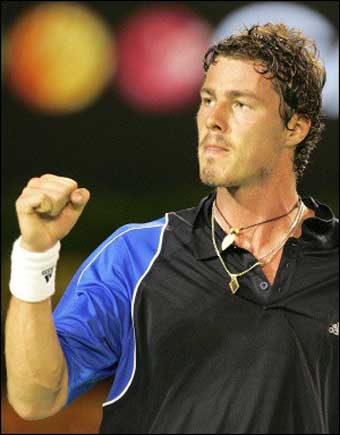 Who Is ... Marco Belinelli?


Every season there's those two or three European players that everyone is intrigued by.

Last year, it was Andrea Bargnani and Thabo Sefolosha and in year's prior Fran Vazquez, Darko Milicic, Mickael Pietrus, and Boris Diaw brought significant buzz into the draft and were taken in the first round.

Marco Belinelli finds himself in a similar situation this year as one of the top European prospects ... the other being Rudy Fernandez.

The Buzz de Belinelli surfaces from video around the internet that highlight's the Italian stars dunks on fast breaks and his reputation as a great shooter. Teams now have less reason to be weary of Italian prospects; Andrea Bargnani has shown that there is great NBA talent in Italy and Bargnani's Benetton Treviso team had a fierce rivalry with Fortitudo Bologna, the team Belinelli is featured with.

He's played on the big stage in big games against Bargnani, thus developing maturity and a sense of leadership about him that makes him a safe prospect, not one that will flame out stateside.

On the court, Belinelli has shown that he can play both guard positions offensively in Europe, but you'll be hard-pressed to find an NBA team willing to give him a shot at the '1' because he already struggles in guarding quicker two-guards in Italy. Imagine what NBA point guards would do to him.

With the ball in his hands, though, Belinelli has thrived as one of the top shooters in Europe and has developed the ability to penetrate off of teams trying to take the shot away from him. For the past ten years or so, Belinelli has been considered the top Italian guard prospect and his offensive game proves that he deserves that kind of recognition as he's a natural scorer, able to hit a variety of jumpers, layups, and runners. He has enough of a solid handle on the ball to beat his man one-on-one, but shouldn't be relied upon as being a primary point guard.

What separates Belinelli from the typical European shooter (Peja Stojakovic, Vladimir Radmanovic) is his athletic ability. Again, he's not fleet-footed enough to play great defense, but because he has a relative amount of athleticism, he's going to be able to create his own shots and be a good offensive role player in the NBA. His potential in the NBA is completely dependent upon his ability to use that athleticism and scoring ability to become a slasher and develop better passing skills off his penetration.

The general consensus on Belinelli is that he's going to take a few years to develop his body enough to become a solid contributor in the NBA. Marco Lucato, a basketball writer from Italy, pointed out that Belinelli is nowhere near as ready as Bargnani was last year. Because of Bargnani's success, though, Lucato feels that other Italian players will be coming entering the draft before they "find the right moment," as Marco said.

Italian fans are hoping Belinelli drops his name from the draft before the deadline and tries again next year after, but from the looks of it Belinelli will stick around and be taken late in the first round by a team that may be willing to wait for him to develop like the Spurs or Suns.
-- Preetom Bhattacharya

Belinelli will be a much better call than people expect.

And Bargnani was "ready?" If anyone watched Bargnani from the get-go (i.e. Toshiba Vegas Summer League), there wasn't a lot to be impressed with. It took a long time for Bargnani to even look ready, much less play like it. A No. 1 pick should be in the running for Rookie of the Year ... instead, Brandon Roy's play (and runaway win) made Bargnani look more like an amateur.

Nothing a summer in the weight room won't help in remedying.

But enough about Bargnani ... Belinelli is a completely different player. It's like comparing apples to eggplant.

And he may not be a second-rounder as many have expected. He could very well be there for the taking at No. 24, when the Suns have their first opportunity to select a player.

And you have to recall Mike D'Antoni's passion for everything Italian ... including basketball.

Youth may be a factor, but according to scouting reports, the kid demonstrates great intelligence and maturity with the basketball -- and without it. Not only is he a great ballhandler, but is better than most in his peer group in coming off screens and picks, using a wide array of fakes and cuts to make himself available.

His work ethic is eerily reminiscent of Phoenix's other hustle maniac, Leandro Barbosa.

However, his lateral quickness may become suspect when defending other teams that have begun to adopt D'Antoni's/Phoenix's style of play ... think Golden State and Denver.

You'd almost have to bring him off the bench behind Raja Bell until he learns to develop better court vision, but who in their right mind thinks a late first-rounder is going to become the savior of an organization anyhow? Even Gilbert Arenas took a few years to blossom into the leader he's become.

A great finisher, extremely coachable, and a mid- to long-range jumper to boot, Belinelli has more of a package than most want to admit ... or spend the time scouting to find out.

A diamond in the (not so) rough.

If the Suns are fortunate enough to get a shot at the Italian Ray Allen, they might want to refrain from hesitation ...

... if for no other reason, than to keep the Mavericks' and Spurs' mitts off him.

No matter what the speculation and doubts are today, Marco Belinelli will be a special player for anyone who gives him the opportunity.
-- Tracy Graven
Top

Appletini please, easy on the 'tini'.

Appletini please, easy on the 'tini'.